Article 1494 of the Maltese Civil Code (Chapter 16 of the Laws of Malta), defines Emphyteusis as follows:

„Emphyteusis is a contract whereby one of the contracting parties grants to the other, in perpetuity or for a time, a tenement for a stated yearly rent or ground-rent which the latter binds himself to pay to the former, either in money or in kind, as an acknowledgment of the tenure.“

Emphyteusis is typical of Continental law (European) and not English law. It is very different from lease or rent of a dwelling house or a piece of land. This is because unlike lease, Emphyteusis is a real right which attaches to the land being contracted and not to the person contracting such right. On the other hand, lease, being a personal right, does not attach to the land or the dwelling house being granted, but only to the person receiving the lease. The legal implications arising out of these differences are considerable, especially with regards to the rights and obligations of the contracting parties.

The contract of Emphyteusis must be made by public deed before a Notary Public. It would be null if done by means of a private writing. Lease, on the other hand may be entered into by private writing and will have the force of law. The contract of Emphyteusis cannot be changed throughout the emphyteutical period. Once the ground-rent is established, it cannot be changed.

Article 1494 provides three key phrases which need to be clarified:

i. perpetuity or for a time

There are two types of empytheutical grants: Perpetual Emphyteusis and temporary Emphyteusis. The former is a payment which must be effected annually with the legal option of redemption. Redemption renders the land freehold. Temporary Emphyteusis, on the other hand, is a contract for a number of years. (Usually in Malta the most popular number of years contracted for are 17 years, 21 years, 99 years and 150 years.)

The ‚canone‘ or ground-rent must be stated in the contract, under pain of nullity, and is to be paid yearly to the dominus, i.e. the owner of the house.

The utilista recognizes the fact that he can legally enjoy that property and must acknowledge the dominus as being the real owner of such property.

The contract of Emphyteusis is a sui generis contract whereby the dominus, who is the real owner of the property, is temporarily divested of all his ownership rights. Such rights and obligations are shifted to the ‚utilista,‘ the person enjoying such grant, throughout such period. Upon the expiration of the contract, the property, with all the improvements made to it, will revert to the dominus and there will be no right to extend the Emphyteusis.

In the old days, Emphyteusis used to be granted by land owners to farmers who tended the land. Sometimes the agreement would be that as acknowledgment, rather than paying money, the farmer would deliver to the dominus part of the produce, harvest or fruit yielded by that land.

Ownership rights and obligations are, during the running of the Emphyteusis, vested in the utilista and not the real owner. Article 1507 states that the utilista is bound to carry out any obligationimposed by law on the owners of buildings or lands. This demonstrates the responsibility which the utilista has in terms of maintenance of the property. He must treat such property as if it were his own. If, however, there is considerable expense in carrying out such obligation, the utilista may apply before the Civil Court First Hall to demand that the dominus be compelled to contribute a portion of the expense. In such a case the court will take into consideration, primarily, the contract of Emphyteusis entered into by the parties, the remaining period of the grant, the amount of ground-rent and other circumstances relevant to the demand.

The utilista has a very broad right of disposing of the property held under Emphyteusis; he may dispose of the emphyteutical tenement by means of a public deed which can either be an act inter vivos, i.e. made during his lifetime, or causa mortis, i.e. made after his death, in this case, by means of a will. The utilista may sell the Emphyteusis to a third party for a specified amount of money. Obviously, he will be selling the remainder of the emphyteutical period. Moreover, he may grant the property once again under Emphyteusis, known as sub-Emphyteusis, in which case, he will be receiving a ground-rent himself.

During the period of the running of the Emphyteusis, the utilista has the right to ‚alter the surface of the tenement, provided he does not cause any deterioration thereof'(Article 1506(2)). Thus, if the utilista would like to build further or to add further to the already existing structures on the land, he may do so. Moreover, he is entitled to any ‚treasure trove‘ that he may find on such property. The dominus is not entitled to a share.

On expiration of the Emphyteusis, the utilista is bound by law to return the land or tenement with all the improvements made throughout the years during which the property was under Emphyteusis.

• Condominiums are located in the cities and when living in a condominium, you own the space between the walls of your unit and share ownership of the common areas with other owners, but you do not own the land where the building is built. You just share an interest in it with your neighbors.

• Most people who live in condominiums own their spaces. Therefore, you can have long term neighbors and build relationships with them, but you also have to share walls and common areas with them. If you are not a very social person, this could become a problem for you.

• Condominiums offer better security than apartments. Condominium buildings often have security features, be they buzzers or a guard service. Plus, you find it easy to leave the place for a trip or vacation knowing that you’ve got neighbors whom you are familiar with. The thing that you might find a problem is the sharing of amnesties with your neighbors and whenever there’s a association meeting, as a part of the community you have to show up, attain, and coordinate.

• Living in a condominium could be less expensive than living in an apartment, but with the maintenance and repair of the common areas, your monthly pay could go upward. You will be charge with the swimming pool fee, but you didn’t use it.

• More people, especially first time buyers prefer condominiums because it is less expensive than those residential single family homes. But in real estate market, when there’s a downfall, condominiums are the last to recover. Therefore, it will be hard to sell a condominium after a tough climate.

• In condominiums, you have access to gym, swimming pool, and other common areas that you would not be able to afford on your own. But the problem is, there’s what we call Covenants, Conditions and Restrictions (CC&Rs), a set of rules that forbids space owners to bring pets or make a renovation and many others.

I hope you found this article helpful in making decision whether you like to buy a condominium or go for a single family house. 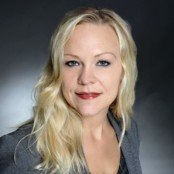